Today we are going to look at Bitcoin Trader.  Is Bitcoin Trader is a scam? We will look at how it operates with an aim of establishing whether it is legit or not. To many Bitcoin, scams have been coming up just to rob us our hard worked money. So today we want to know

Starting off the review, it seems that the scammers have decided that they would use bitcoins as their base. Recently we have observed that all scams that come up revolve around bitcoins in some way or the other. The Bitcoin Trader is no different. As you open the website, you are shown visuals of rich and famous personalities. Whats common between all of them? Well, they all seem to be impressed with Bitcoins and are seen talking about the huge potential present in bitcoin investments. Point to be noted here is that these people are talking about Bitcoins and not Bitcoin Trader. Had you noticed that my Friend, Keep reading?

How Does It Work?

Is Bitcoin Trader a scam? There is no clear information as to how the Bitcoin Trader works. Just a couple of references here and there on their website and nothing else. It is mentioned that the Bitcoin Trader software has been created with the most advanced programming the trading world has ever seen. Really? Have the scammers invented a whole new programming language or what? The false claims do not stop here. It is further mentioned that the software is able to predict the trades outcome in advance.

The scammers have broken all their previous records this time. It’s not that they have really invented some software which broke all records! They have achieved such a high success rate that is unheard of in the Binary options world. Did you visit their website and notice just how much percent is the winning rate of the Bitcoin Trader? Well if not, let us mention it here. Its an insane 99.4% success rate. They say they would help you “double, triple or quadruple your hard earned money”. Not really! Your hard earned money would be simply stolen by the crooks and you would be left with nothing to spare.

This is not like MLM, affiliate marketing or anything else out there. The software is powered by an innovative algorithm that wins trades with 99.4% accuracy.

Source of the FAQ

In summary, the working of the software has not been explained. All scams call their software to be the most advanced and ahead of the times. All the images of young men and women seen enjoying are nothing but a cruel joke with all of those who see such websites and offers with hope.

The website mentions that there is no cost to use the Bitcoin Trader at all. It’s for free. This is false actually. The first time you open your account with the brokers, you will have to make an initial deposit of $250. There are little chances that you would be able to recover your initial investments. The only purpose the scammers are circulating such scams is to steal your money. Don’t know how many people have been tricked by the people running the show and their cunning brokers.

Try a minimum deposit is $1

Is The Bitcoin Trader a Scam?

The Bitcoin Trader has so many red flags telling us it’s a scam, that we can’t even list them all here.

First, anytime somebody on the internet is telling you about “financial freedom”, living a “luxury lifestyle”, or making “passive income” through some automated online system, you’re most likely being scammed. The Bitcoin Trader website is filled with images of young, attractive people going on vacations. The website wants to convince you that it can be your life too.

Another easy way to spot this scam is to look at the testimonials. The testimonials are filled with stock images that can easily be traced to other websites on the internet.

But in reality, the biggest sign that The Bitcoin Trader is a scam is the guaranteed earnings reports. The company claims that its trading software has a 99.4% accuracy when making trades. They claim their trading software will make you $13,000+ per day, or turn you into a millionaire within weeks. Some bitcoin trading programs at least try to make their software seem legitimate. Clearly, that’s not the case with The Bitcoin Trader.

Proof of SCAM
Below you will see the Bitcoin Trader primary sales page. You should know that the commentary by Jake Tapper from CNN, Bill Gates, and Sir Richard Branson are completely and intentionally taken out of context and used as a form of fig leaf in order to hide and conceal the true intention of this filthy scheme.

Here you will find the testimonial page of the Bitcoin Trader titled as “Hear From Our Members Who Rely On Our Software to Fund Their Luxury Lifestyles”. Again, these are all image bank actors, or alternatively just people who have had their pictures stolen without giving prior consent.

And for the final nail in the coffin, here we have the Bitcoin Trader FAQ section which boasts a 99.4% level of accuracy. That is just not possible and a complete lie and fabrication. Any system with that level of accuracy would create instant millionaires, and we all know that is detached from reality and totally fallacious.

Source of the Proof

The Bitcoin Trader is one of the most obvious bitcoin trading scams we’ve seen online in recent weeks. The developers claim to have created a trading platform that will turn you into a millionaire in 2 months. They claim their system has no risk and 100% guaranteed success.

Is Bitcoin Trader a scam? Ultimately, there’s no evidence that The Bitcoin Trader works as advertised. The website is a blatant scam that doesn’t even try to be legitimate. If you want to keep your money, avoid BitcoinTrader

There is nothing like a software which can make you filthy rich with just a few clicks in the day. The idea of earning money without doing anything much itself is flawed. You should ignore such out of the world claims whenever you come across them. The scammers run their complete business around tricking people and effecting frauds. You should stay away from the Bitcoin Trader at all costs. This software is not worth your time or money. You should take our advice seriously and even warn your family and friends if they are considering investing their money in it. 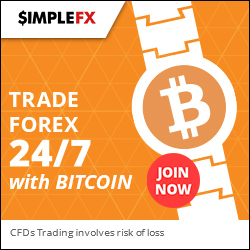